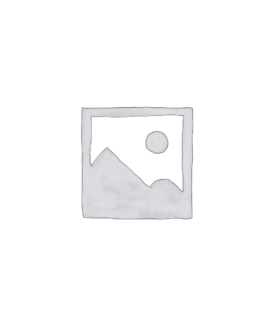 Castrol Longtime™ PD range are lithium based greases containing highly refined mineral oils and fortified with the Microflux Trans (MFT) additive system. The MFT additive technology provides optimum wear protection and an extremely low coefficient of friction even under extremes of pressure, vibration, shock loads, at high or low speeds or varying microsmoothing of the friction surfaces. Under severe load, components of the MFT additive combination are activated and diffuse into the surfaces initiating an improvement of their friction characteristics through plastic deformation. The organic reaction products become a component of the tribopolymer system. Unlike the case with conventional lubricants, the tribopolymers formed by MFT are long-chained compounds with excellent lubricity and adhesion. The load carrying area is improved, a hydrodynamic lubrication film is easier to maintain. This unique physio-chemical reaction achieves a nonsacrificial micro-smoothing of the friction surfaces.

Longtime PD can be used for long term or lifetime lubrication even under the most difficult operating conditions such as extreme pressure, vibrations, shock loads and a wide temperature range in highly loaded rolling and sliding bearings.

They can also be used in bearings of spinning and grinding spindles, for gear motors exposed to shock loads, in screening/wood shaping machines and for bearing surfaces of printing plates. These greases are also suitable for bearings with a rotating outer ring and undergoing high stresses due to centrifugal load, e.g. in spreader rolls, roll neck bearings in steel mills, and for bearings with changing rotational directions or slewing movements. They are also used in curved teeth couplings and centralised lubricating systems. Longtime PD 0 and PD 00 can be used as a semi-fluid grease lubricant in gears such as flange, drum-type and worm gears. It is also suitable for use in gears without oil-tight enclosures, gear wheels and rolling bearings with a grease reservoir.

-Superior lubrication and surface smoothing effects due to MFT reduced failures leading to less downtime and repair work. MFT can result in prolonging the life of damaged components/bearings.

-Establishment of a protective layer of MFT – this additive system can effectively increase the load bearing area, thus reducing unit pressures, operating temperatures and wear, increasing service life of both parts and lubricant.

-Improved bearing surfaces for longer service life result from the ‘running in’ effect of MFT.

-Multi-functional – Longtime PD 0 and PD 00 are highly recommended for anti-friction bearings with grease reservoir and for leaky gearboxes.

-Easily pumpable in central lubrication systems – does not channel on gears running at high speeds when using PD 0 and PD 00.

-Exceptional water resistance – coating film stays on the surface even in presence of water; even when exposed to the action of hot and chemically active process water.